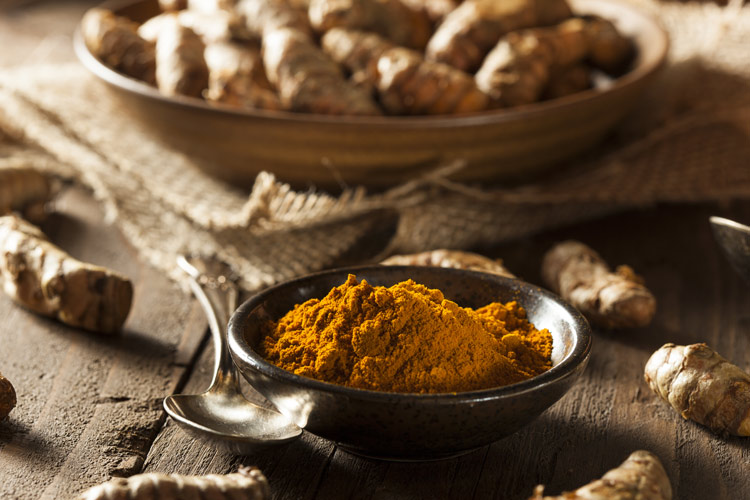 Turmeric is a powerful natural substance that you can easily use to cultivate your health and wellness. What makes turmeric so attractive to health-enthusiasts is its ability to deliver a massive variety of health benefits. Better yet, turmeric has been studied extensively by the scientific community. Even the data reveals that turmeric provides an astounding variety of health benefits.

Here is a snapshot of the health benefits turmeric provides:

The Health Benefits of Turmeric

Turmeric is a Natural Anti-inflammatory

Turmeric is well-known for its anti-inflammatory effects. Simply put, inflammation is a normal bodily function that can help protect the body from harmful microorganisms such as bacteria. Inflammation also helps the body repair damaged tissues or replace dead cells. 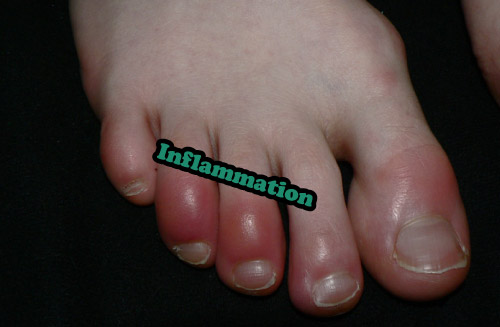 Inflammation can become a huge problem when it is chronic (ongoing and long-term). Chronic, low-level inflammation can be caused by a diet high in inflammatory foods, a poor lifestyle (e.g., no exercise), and can naturally increase with age. Chronic inflammation is also thought to increase aging due to a decreased efficiency of cellular mitochondria.

The risk of developing many diseases such as heart or Alzheimer’s disease significantly increases with chronic inflammation.

This is one of the reasons why turmeric supplements have become so popular.

The bottom line: Turmeric reduces inflammation by targeting multiple steps in the biochemical inflammatory pathway. In other words, it targets the substances in our body that promote inflammation.

The primary active ingredient in turmeric, curcumin, has been found to enhance neurogenesis and cognition in aged rats. So what does this mean in non-nerdy talk? 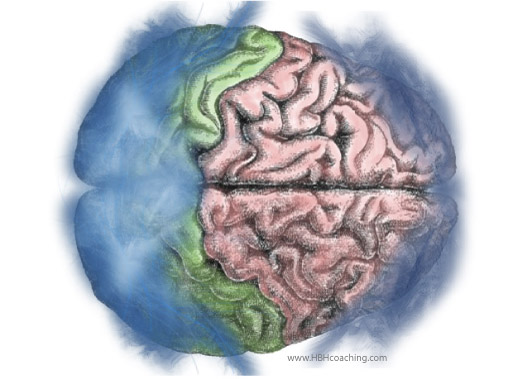 Neurogenesis simply refers to the birth of new neurons or the primary cells in the brain that allow it to function. We can lose our brain cells as a result of environmental toxins, cardiovascular disorders, several other diseases. In some cases, the cells self-destruct if there is a detected flaw.

With aging and our exposure to environmental toxins, we all could benefit from the production of new neurons to nurture our brain’s health–especially as we get older.

The other benefit of curcumin mentioned by the study was cognitive enhancement. According to the study, “curcumin enhanced non-spatial and spatial memory.”

In other words, turmeric has been suggested to improve your overall memory.

The Bottom Line: Turmeric has been suggested to be a powerful preventative substance against brain-related diseases such as Alzheimer’s; turmeric has also been shown to significantly improve your memory.

Have you ever heard of oxidative damage? If not, you’re certainly not alone. And even if you have heard of it, few understand what it actually is. But that’s ok–just know that it’s something you want to avoid it by getting antioxidants into your body. If your the curious type, check out this article on oxidative stress to learn what it’s all about.

Turmeric has been shown to prevent this as well.

In one study, those who took 500mg of curcumin on a daily basis experienced a 33% drop in oxidized cholesterol levels and a 29% increase in HDL cholesterol (the “good” cholesterol). So in addition to protecting against cholesterol oxidation, turmeric (curcumin) can help you maintain a healthy balance of cholesterol too!

Several studies have linked the regular consumption of turmeric to lower incidence rates of cancer. Specifically, turmeric it has been shown to lower the chance of developing breast, prostate, lung, and colon cancers.

The primary active component in turmeric, curcumin, has also been shown to have anti-carcinogenic (anti-cancer) properties. For example, one study injected mice with cancer cells that resulted in tumors. The mice were divided into four groups: no treatment (the control), Taxol (a cancer drug), curcumin, and curcumin & Taxol.

So what does this all mean?

Even though the combination of Taxol and curcumin was superior to any of the other options, the results still show that curcumin is more effective in preventing cancer metastasis than a pharmaceutical drug that is specifically designed to combat cancer! Nature prevails once again.

It’s thought that curcumin acts like a switch for transcription factors. In lay terms, it means that curcumin regulates the genes that are required for cancer cell reproduction.

The Bottom Line: Curcumin has been found to both prevent the spread of cancer within the body and inhibit the growth of cancerous tumors.

In Combination with Cauliflower, Turmeric Can Prevent & Slow The Progression of Prostate Cancer 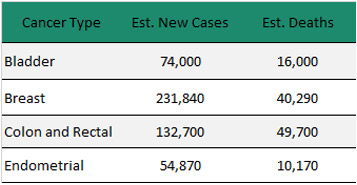 Cruciferous vegetables such as cauliflower, cabbage, or broccoli contain a beneficial phytochemical called phenethyl isothiocyanate (let’s just call it PI to keep it simple). Remember that curcumin is also a phytochemical. When combined, both of these phytochemicals have been found to be an effective therapy and preventative against prostate cancer.

Each phytochemical individually did not prove to prevent the development and spread (metastasis) of prostate cancer cells. The key point, however, is that when the two phytochemicals (curcumin & phenylethyl isothiocyanate) are used together, they significantly reduce prostate tumor growth and the chance of metastasis.

The Bottom Line: The study’s researchers believe that the combination of cruciferous vegetables like cauliflower or broccoli with curcumin can be an effective therapy to both prevent prostate cancer altogether and to prevent the spread of prostate cancer that has already developed.

Reduces the Risk of Childhood Leukemia

Unfortunately, the incidence (new cases) of childhood leukemia has dramatically increased over the past 25 years. To get a better idea of how bad this issue is, check out this graph yourself: 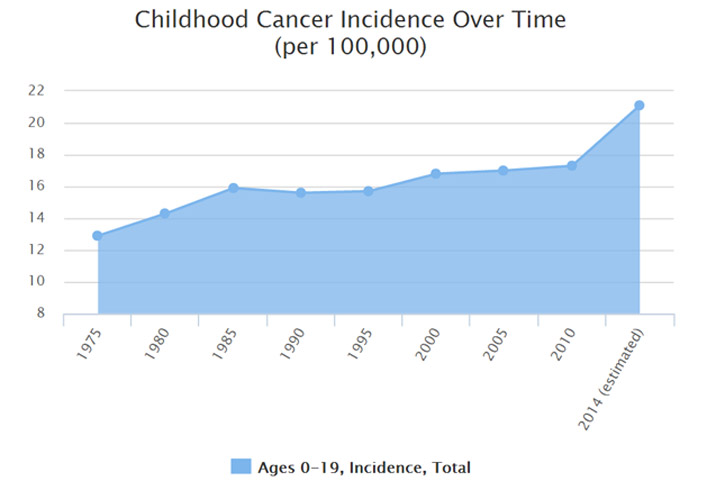 There are plenty of environmental, lifestyle, and genetic factors that can explain this concerning increase in cancer rates such as radiation exposure and benzene. But this is another issue entirely,

The interesting point here is that eating turmeric early on in life can actually reduce a child’s likelihood to develop leukemia. A professor from the Loyola University Medical Center pointed out data that suggests eating foods spiced with turmeric can reduce the risk of childhood leukemia.

According to Nagabhushan, the curcumin in turmeric can prevent cell mutations caused by cigarette smoke, prevent radiation damage, prevent the formation of harmful toxins produced in the body from processed foods (e.g., heterocyclin amines & nitroso compounds), and inhibit the multiplication of leukemia cells.

The Bottom Line: Childhood cancer rates are on the rise. The curcumin in turmeric has been found to combat against some well-known risk factors of childhood leukemia. Specifically, curcumin has been found to lessen the damage caused by cigarette smoke, radiation exposure, and processed foods. Curcumin even prevents the formation of leukemia cells.

The most impressive property of turmeric that may partially explain why it prevents neurodegenerative disease is its ability to cross the blood-brain barrier. A common obstacle of many brain-targeting pharmaceutical drugs is crossing the blood-brain barrier which is a protective barrier that blocks larger molecules from getting into the brain.

The Bottom Line: Considering the substantial evidence, turmeric and curcumin are strong contenders for the natural prevention of Alzheimer’s disease and other similar neurodegenerative diseases. Its ability to cross the blood-brain barrier makes turmeric a powerful substance for brain health.

Turmeric has also been found to improve the function of your liver. There are two important detoxifying enzymes in your liver that are responsible for removing toxic chemicals. These two enzymes are called UDP glucuronyl transferase and glutathione-S-transferase.

While the names may sound intimidating, these enzymes are essential for liver detoxification. One study found that turmeric increases the levels of these enzymes in the liver. As a result, the liver can more efficiently remove harmful toxins and dietary carcinogens (toxic substances from food). Turmeric has even been found to protect the liver from the damaging effects of acetaminophen—commonly known as Tylenol.

If you want to take your health to the next level, know that I offer online health coaching services. If you need help with meal planning, nutrition, exercise, want to know about natural remedies, or just want to improve your health in any way, I’ve got you covered. Easily get health advice within the comfort of your own home.