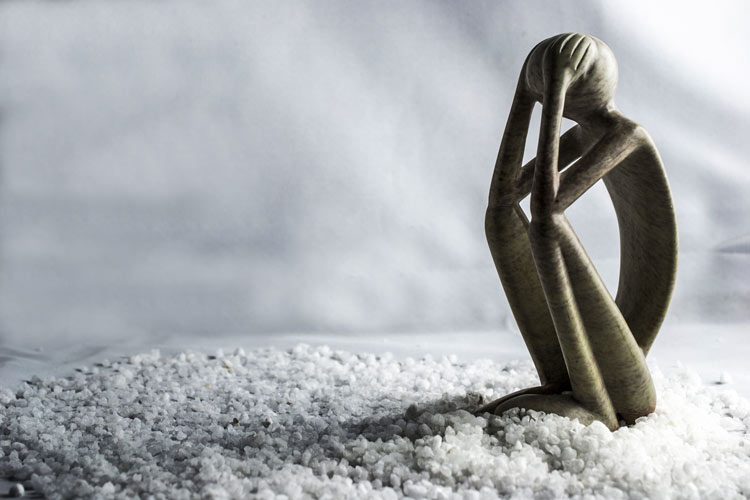 Being depressed can make you feel trapped, worthless, or just downright awful about yourself.

But let me tell you something.

Things can get better.

Sure you might be in a rough patch. But the truth is, your mind could just be off balance due to the food you eat, a chemical imbalance, or a series of unfortunate events.

And please, don’t think it’s something you should be ashamed of. Depression is a disease, like any other.

In reality, many people out there struggle with depression whether they admit it or not. So you’re far from the only one. No one wants to feel like they are going through this alone, especially as it is the opposite of what you want. If you are going through any form of mental illness, don’t worry. There is always someone out there to give you a helping hand and to make things a little easier. If you live in the Sydney area of Australia, you may want to look into someone like Leo Van Biene, who is a private psychiatrist who would be able to provide support to anyone who is going through depression or any form of mental health illness. There’s nothing to be ashamed of. Even if you don’t think it, there is always someone out there willing to provide support.

Depression is actually one of the most common mental diseases which affects more than 350 million people worldwide.

Unfortunately, the most common treatment is antidepressants and they come with some undesirable side effects. These side effects can include nausea, weight gain, fatigue, insomnia, loss of sexual desire, anxiety, and they can make you become dependent on them.

Plus, did you know that up to 70% of people with depression do not get adequate relief from standard antidepressants?

Of course, there are people who do get rid of their depression using antidepressants. So I’m not completely opposed to them.

But for those who can’t handle the side effects or get no results, alternative methods are certainly worth a try.

And the good news is, there are effective natural treatments for depression like choosing to buy cbd oil and others supported by scientific evidence. 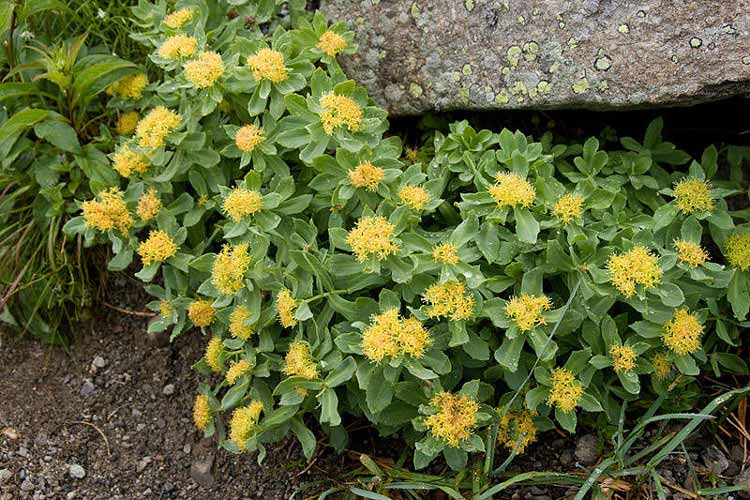 Rhodiola is by far one of my most favorite herbs

Known as roseroot or golden root, rhodiola rosea has been used for centuries as a natural adaptogenic herbal remedy for the treatment for depression and fatigue.

Adaptogen is a just fancy way of saying an herb will improve your ability to deal with and bounce back from stress.

So only does it fight depression, it also prevents fatigue, and stress.

Because of its uplifting and stimulating effects, it has become popular among soldiers, athletes, and even astronauts!

As far as the scientific evidence goes, multiple studies have shown that rhodiola rosea is effective for treating mild-moderate depression, fatigue, and even stress.

One study in particular even suggested that rhodiola is equally as effective as certain antidepressants. The participants who took rhodiola also reported fewer undesirable side effects compared to those who were taking antidepressants.

Considering rhodiola was found to be equally as effective as antidepressants with less side effects, it’s a fantastic alternative.

But rhodiola is not for everyone.

Rhodiola is a stimulating herb meaning it can give you energy and in some cases cause anxiety (much like antidepressants).

If you have anxiety with your depression, Rhodiola is not for you (scroll down to the next remedy if this is the case).

But if you have a low-energy and sluggish depression then this might be your cure!

If you’re interested in taking rhodiola, this is the brand that I still use today: Gaia Herbs – Siberian Rhodiola Rosea. 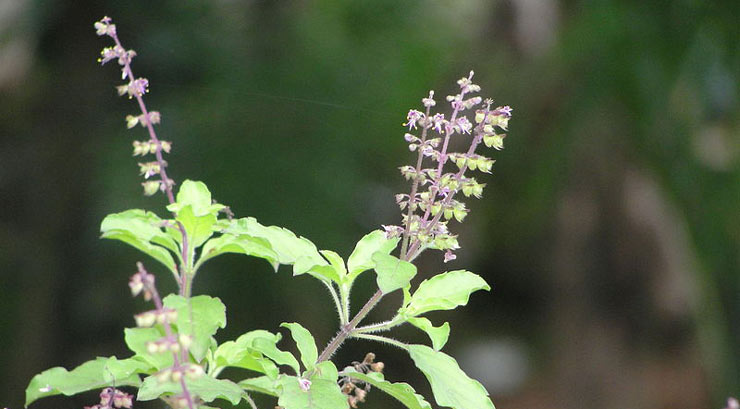 Holy Basil, also known as Tulsi, has been used medicinally for more than 3,000 years. It’s regarded as one of the most important herbs in Ayurvedic medicine.

Like rhodiola rosea, holy basil is an adaptogen; it will help you cope with stress.

Although holy basil is best known for its ability to reduce stress and anxiety, there is evidence out there that it can help manage your depression.

And it’s not only the evidence that speaks for the power of holy basil. Take a look at some of the Amazon reviews for Holy basil, and you will see countless testimonials of people who have found relief from their depression.

Holy basil is best suited for those who experience anxiety or panic attacks in addition to their depression.

Warnings and side effects:

Holy basil is thought to slow down blood clotting. So it’s not recommended that you stop using holy basil at least 2 weeks before any schedule surgery. 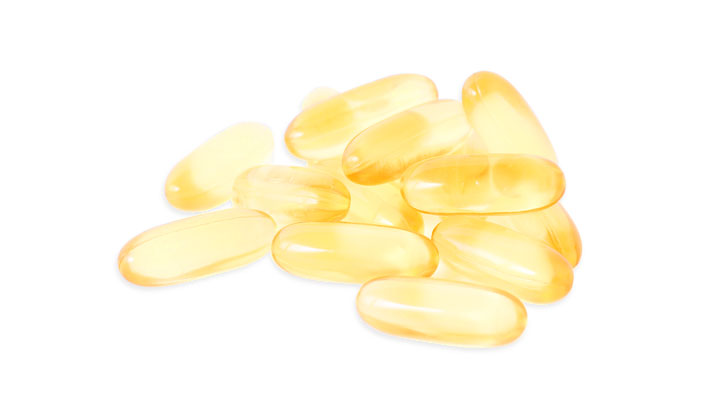 When it comes to fat, omega-3 fatty acids are certainly not the type you want to cut back on (unlike trans fats).

Omega-3 fatty acids are essential for your health and well-being. They keep your skin smooth, joints lubricated, keep your brain healthy, and much more.

Researchers have discovered that those who get enough omega-3 fatty acids in their diet have significantly lower levels of depression (if any at all).

The evidence goes well-beyond just this correlation. Several other studies have tested omega-3 fatty acid supplements as a treatment for depression and have found it to be quite effective.

In all honesty, omega-3 fatty acids are a no-brainer.

Even if taking an omega-3 supplement doesn’t help your depression right away, it will certainly improve your overall health. In doing so, you should feel a little better at the very least.

Omega-3 fatty acids would work best in combination with another natural remedy or antidepressant if you are taking it.

What You Need to Know About Omega-3 Supplements 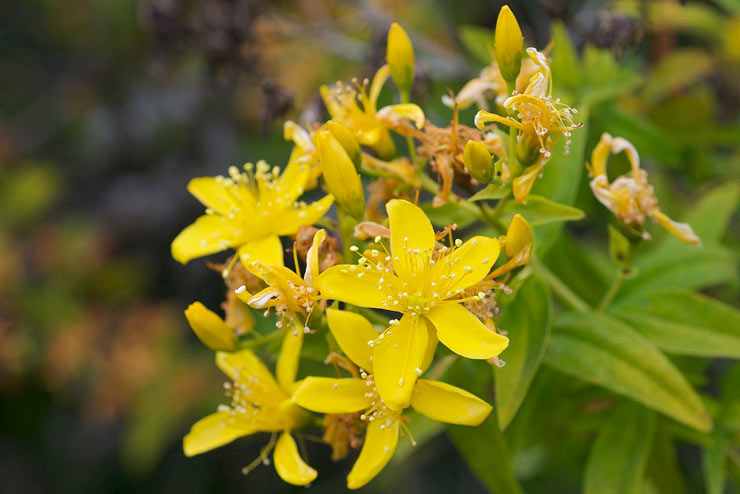 While it’s not so popular in America, St John’s wort is used extensively as a treatment for depression in Europe.

People have seen considerable success using St. John’s wort, so if you have mild-moderate depression, this might be your break.

When buying St. John’s wort, you should look for tablets that are standardized to 0.3 percent hypericin and 3 percent hyperforin. If you’re not sure, I did the research for you and found a supplement that meets these standards here.

SAMe is a compound that is naturally produced in our body by an amino acid called methionine. Without getting too much into the gritty biochemistry of SAMe, just know that it helps remove toxic substances from the body and assists in the production of mood-enhancing neurotransmitters.

The most important detail is SAMe requires vitamin B-12 and folic acid to function. So it’s recommended that you get this in your diet or take a quality multivitamin.

The evidence that’s out there suggests that SAMe is an effective treatment for depression.

One study in the American Journal of Psychiatry found that 36% of the participants who took SAMe saw improvement in their depression.

These results aren’t staggering but multiple studies indicate that SAMe is effective for depression.

Because depression has several different causes, SAMe doesn’t work for everyone. But neither do antidepressants.

Perhaps the best part of SAMe is that there little to no reported side effects. It’s regarded as quite safe to take. The only side effect, although uncommon, is an upset stomach. 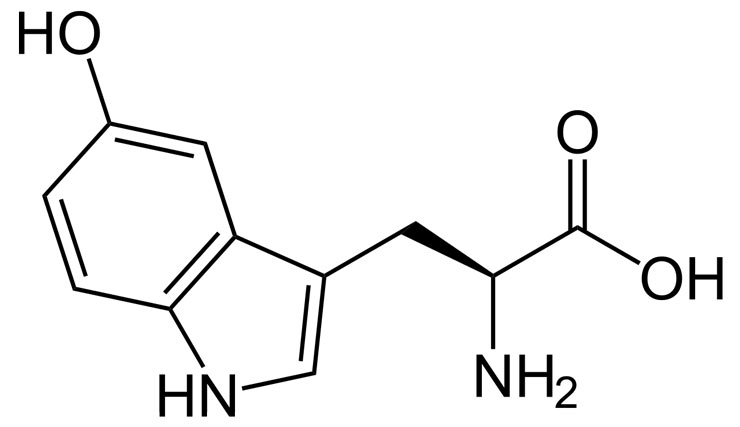 5-HTP is a bit of a controversy because the evidence out there is a mixed bag.

Because of this, it’s probably better to try the above treatments before 5-HTP. But as a last resort, it certainly may help as it has for many other people.

Some experts warn against its use because in very rare cases people have developed a serious condition called eosinophilia-myalgia syndrome (EMS). But it’s thought that those who have gotten it from 5-HTP got it from a contaminant in a brand of supplements and not actually form the 5-HTP itself.

Like I said, it should be a last-effort alternative remedy because there is a lot that is still unknown.

In theory, 5-HTP as a remedy makes sense.

Have you ever noticed how tired you get after eating turkey during thanksgiving? Maybe not if your vegetarian.

But the point is, there is a substance (amino acid) called tryptophan that is found in turkey. It’s responsible for that groggy feeling you get after eating turkey that makes you just want to sink into the couch and never get up.

Tryptophan is an essential amino acid, meaning it’s needed for your body to make protein for building pretty much everything in your body.

When tryptophan enters your body, its eventually converted into 5-HTP. Once converted, it is then made into serotonin.

In other words, 5-HTP allows your body to easily produce serotonin which is a chemical in your brain that regulates your mood, sleep, sexual desire, memory, and much more.

Many scientists believe that a lack of serotonin (or tryptophan) leads to depression.

In theory, the better your serotonin levels are, the happier you are.

The scientific community is honestly unsure about 5-HTP and its effect on depression. Some studies say it’s effective, while others do not. By taking 5-HTP, you can boost your serotonin levels which would ideally boost your mood and even lift you out of depression.

Besides EMS from contaminants, there are very few recorded side effects. On rare occasions, people have claimed to get nausea from 5-HTP but that’s it.

You Can’t Press a Button to Treat Depression

While some of you may get lucky and see huge success with one of these natural remedies for depression, not everyone gets the same results.

If you want to see fast results, you need to do other things in combination with the natural remedy that works best for you.

For me, I cured my depression by taking Rhodiola rosea, exercising regularly, practicing meditation, and reading spiritual books that altered my perspective on life.

I was in a serious rut, so I wanted to do everything I could to get out of it.

Once I implemented all of these things, I was cured within a month or so.

The point is, you are likely going to have to implement some lifestyle changes in addition to taking a natural remedy. I know it can be hard to do these things when you’re feeling down, but it’s the only way out. And once you make the effort, you will be forever thankful.

Natural remedies are meant to get your body back to a natural balance. But there was something that disrupted this balance in the first place right? So you have to try to find the root cause of your depression.

In my case, the root cause was my diet, a lack of exercise, and a close-minded outlook on life.

With that said, I wish you the best of luck with curing your depression. If you have any tips or tricks you would like to share with others who are trying to find relief, please share them in the comments section below. We’re all in this together.